vorschlag:hammer – I DO NOT BELIEVE IN STYLES ANYMORE 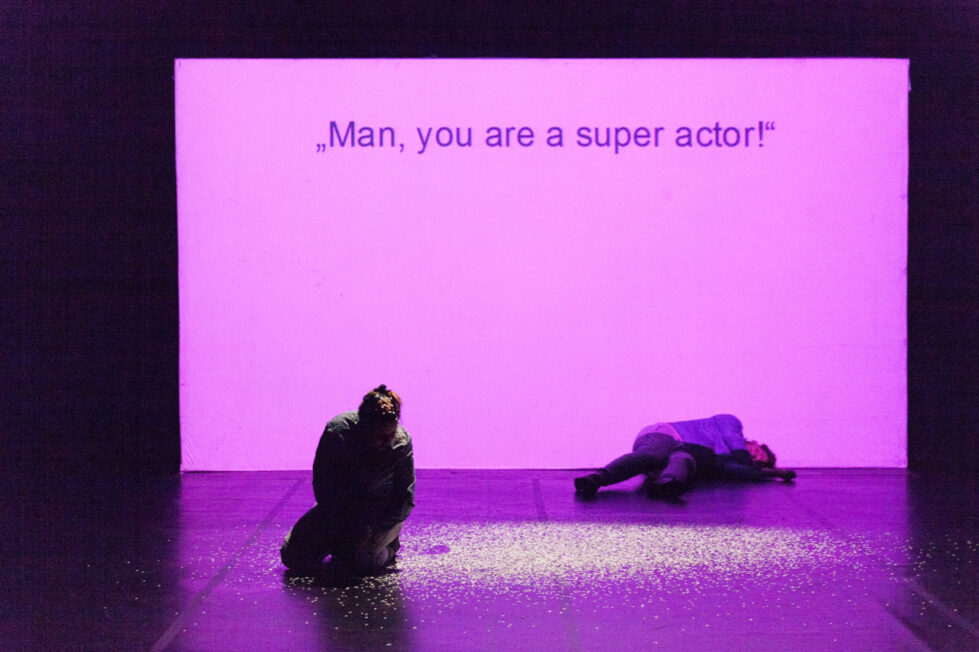 To me a motion picture is motion. You got to keep the dialogue down. (Bruce Lee)

vorschlag:hammer train themselves in fighting. They fight with their bodies. They show fight and actually fight. They use violence and let violence be done to them. They perform fake stunts and really fight, they practice and apply choreographies of traditional martial arts. In doing so, they are inspired by the great martial artist Bruce Lee, his texts and films and his pop cultural heritage.
A movement theatre emerges from the clash of their own and foreign bodies as a means of expressing violence, gender, identity and the individual. How can Lee’s suggestions be applied to the white untrained bodies of vorschlag:hammer? And how can Lee’s body concepts and the violence scenarios in his films be analysed and discussed? How do the real fight and its representation differ in sports, film and on stage? What remains when power is physically enforced or legitimized and what does the exercise of physical power mean for a society?
The result is a work that begins by disciplining our bodies, placing them in the context of Bruce Lee’s work, reflecting on the figure and readability of Bruce Lee and debating the bodies in contemporary society.

A production by vorschlag:hammer in co-production with Ballhaus Ost, Ringlokschuppen Ruhr and ROXY Birsfelden. 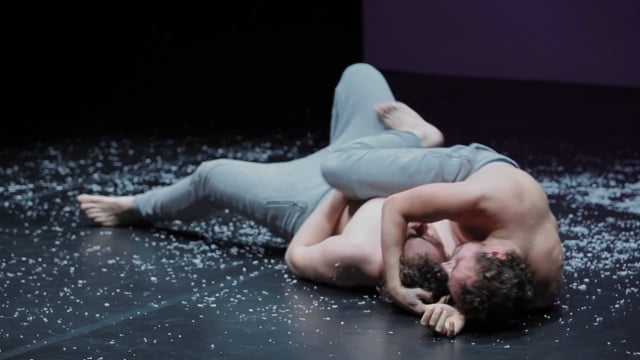