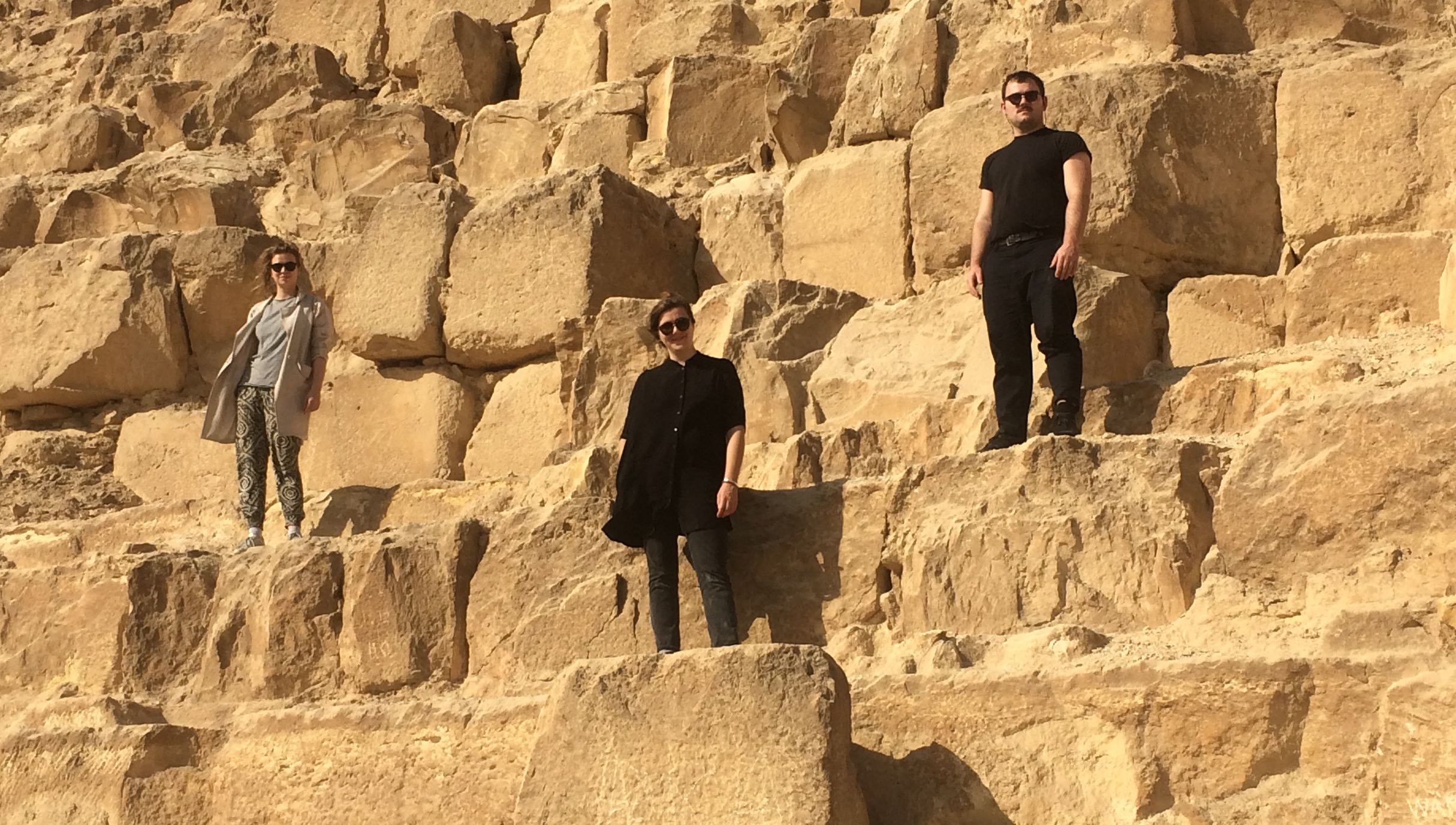 GKW is a free collective based in Basel and Berlin. In addition to their own individual projects in local theatre, off-theatre and fine arts, they produce work between metaphysics and poetic science fiction, dealing with the subjects of disappearance, humanity and the prospective past. Apart from Moïra Gilliéron, Ariane Koch and Zino Wey, a loose pool of artist participates in the group.

Moïra Gilliéron, born in Switzerland in 1989, studied scenography in Zurich and Vienna and worked as a stage design assistant at the Maxim Gorki Theater Berlin. Stations of her work include the Maxim Gorki Theater Berlin, the Schauspielhaus Zurich, the Theater Neumarkt, the Schauspielhaus Düsseldorf, the Schauspielhaus Graz, Schauspielhaus Bochum, the Staatstheater Braunschweig and Karlsruhe, the Staatsschauspiel Dresden, the Kaserne Basel, the Ballhaus Ost Berlin, Hebbel am Ufer Berlin, the D-Caf Festival in Cairo and the Market Theatre in Johannesburg. Selected productions were shown at the Autorentage Berlin, the Radikal Jung, the Heidelberger Stückmarkt, the Theatertreffen der Jugend and the Swiss Theatertreffen. She is continuously working with the directors Suna Gürler, Nora Abdel-Maksoud, Julia Wissert and Laila Hassan Soliman. Together with Ariane Koch and Zino Wey she forms the independent group GKW.
Moïra Gilliéron lives and works as a freelance scenographer in Berlin.
www.moiragillieron.com

Ariane Koch, born in Basel in 1988, studied fine arts, interdisciplinarity and a few semesters of philosophy and theatre studies in Basel and Bern. She writes theatre, performance and prose texts – often in collaboration with the theatre group GKW (Moïra Gilliéron, Ariane Koch and Zino Wey) or the artist Sarina Scheidegger. Ariane Koch has received various scholarships such as the Dramenprozessor, a house authorship at the Lucerne Theatre, residency scholarships at the Literary Colloquium in Berlin or at the Cité internationale des Arts in Paris, as well as several work grants from the Canton of Basel-Stadt and Pro Helvetia. Ariane Koch’s theatre texts are represented by Felix Bloch Erben Theaterverlag, her first novel will be published by edition suhrkamp in autumn 2021.
www.arianekoch.ch

Zino Wey, born in Zunzgen BL 1988, works as a director and author in various contexts. Stagings at state, municipal and independent theatres have taken him to the Münchner Kammerspiele, Volksbühne Berlin, Schauspielhaus Zürich, Residenztheater München, Nationaltheater Mannheim, Theater Lübeck, Schauspielhaus Wien, Kaserne Basel, Ballhaus Ost Berlin, Winkelwiese Zürich and Staatsschauspiel Stuttgart, among others. He was a scholarship holder of the Ingmar Bergmann Foundation on Farö / Sweden, as well as in Cairo, Taipei and Ghent by Pro Helvetia. Since 2013 Zino Wey has been part of the transdisciplinary group “les artists dépressifs/ GKW” with whom he regularly realises projects. He is also writing his first feature film.
www.zinowey.com