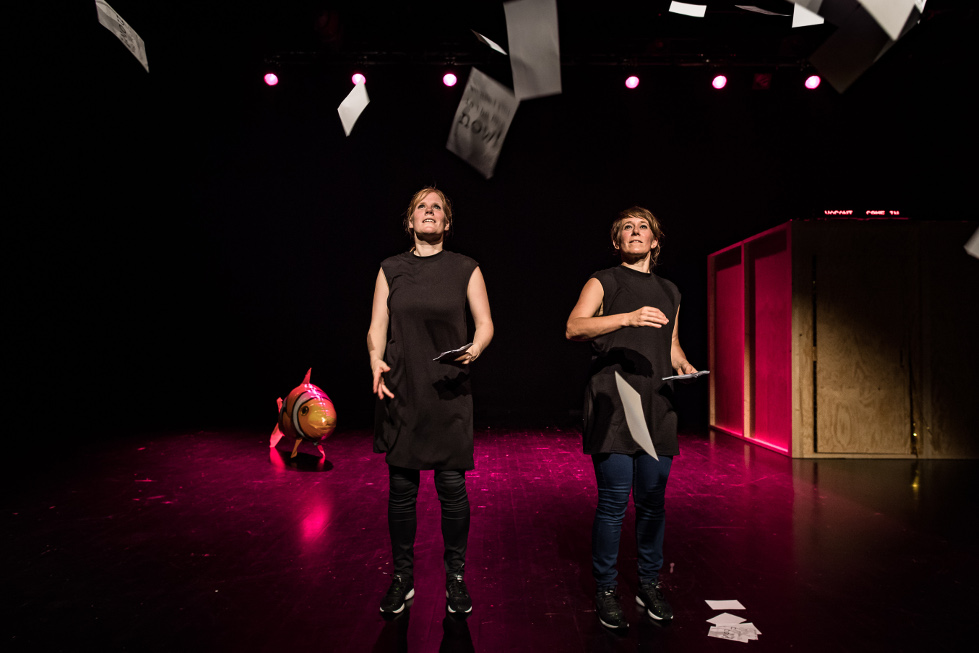 fleischlin/meser combine research on political/social topics with fragments from the pop business to create artistic-social events, which usually take place in a stage space. These performances provoke points of contact between entertainment and intimate confession, between stage and auditorium, between criticism and utopia. http://www.fleischlinmeser.com

So far they have worked on the plays COME ON BABY (2011), DROP DEAD, GORGEOUS! (2013), I JUST WANNA FUCKING DANCE or BEGEISTERUNG UND PROTEST (2017Kaserne Basel, Südpol Luzern, Gessnerallee Zurich, Contemporary Swiss Dance Days Geneva, Sophiensaele Berlin, Theater Rampe Stuttgart). Also in 2017 they realised RADICAL HOPE no1 / PILATUSBLICK, a dance project with refugees at the South Pole in Lucerne, and in winter 2018/2019 they directed the Dance Academy of the Basel Barracks, a dance project for 3 school classes of the St. Johann School. In May 2019, the resulting dancing tour of the city WHO WE ARE led the audience* through the public space and into the children’s rooms of participating pupils*. Most recently they were on tour with their stage play THIS IS ME*. In March 2020 their new play WHAT IS HUMAN will have its premiere in the barracks.

fleischlin/meser are also part of the Swiss Performing Arts Selection of Pro Helvetia.