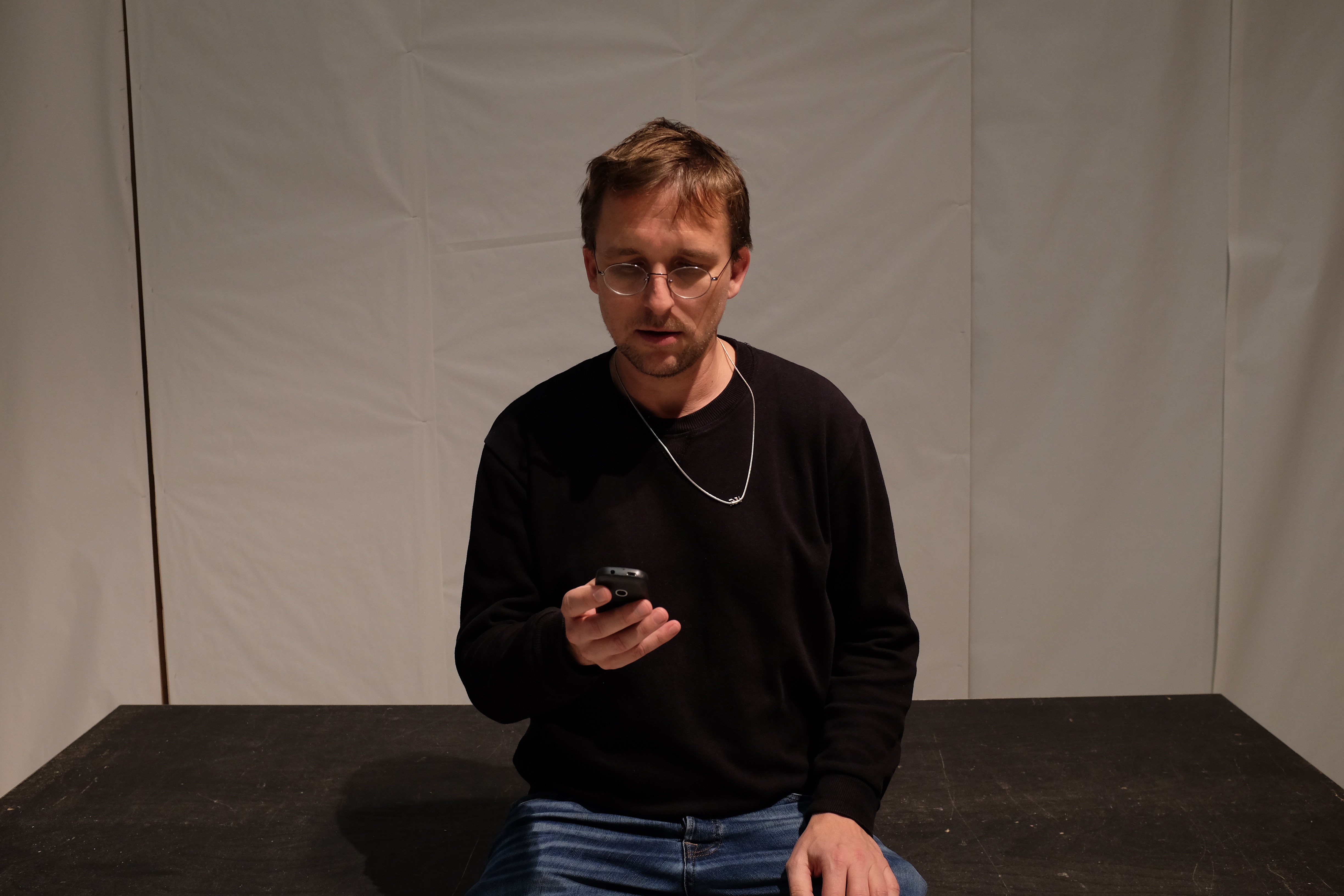 The theatre director, author and essayist Boris Nikitin, born in Basel and a son of Ukrainian-Slovakian-French-Jewish immigrants, writes and directs in the international independent theatre scene as well as in established city theatres. He is the initiator and artistic director of the festival „It’s The Real Thing“ that takes place biennially in Basel/Switzerland.

For the last ten years his theatre works and festivals have been reflecting the representation and production of reality and identity in politics, economy, religion, personal stories and in the arts.

Nikitins pieces, texts and programs always look for the dazzling boundary between performance and illusion-theatre highlighting the ambiguous and the potential in which individuality and the capacity to act become thinkable newly.

In 2017 Nikitin was given the J. M. R. Lenz-dramatist award by the city of Jena. In his laudation Professor   Nikolaus Müller-Schöll writes: „It is the hidden possibilities, a potentiality that stays in the realm of the possible, around which Nikitin assembles his experimental setups. His theatre invites us to think within the existing and its negation about what there is to come: other then we expect, critical in every sense, without cause, maybe strange, definitely beyond the known.“

“There are only a few directors who lead theatre to a critical point as Boris Nikitin currently does.“
(theater heute)

„It gets clear what makes Nikitin’s highly reflected theatre works so remarkable: that he shows us, how selective and manipulable our preception is. And that he makes us perceive the way we perceive.“ (Tagesanzeiger, Zurich)

„Nikitin questions theatrical structures, constructions, strategies and mechanisms. He enables the spectator to get alternative ways of seeing from unusual perspectives.“
(NZZ)